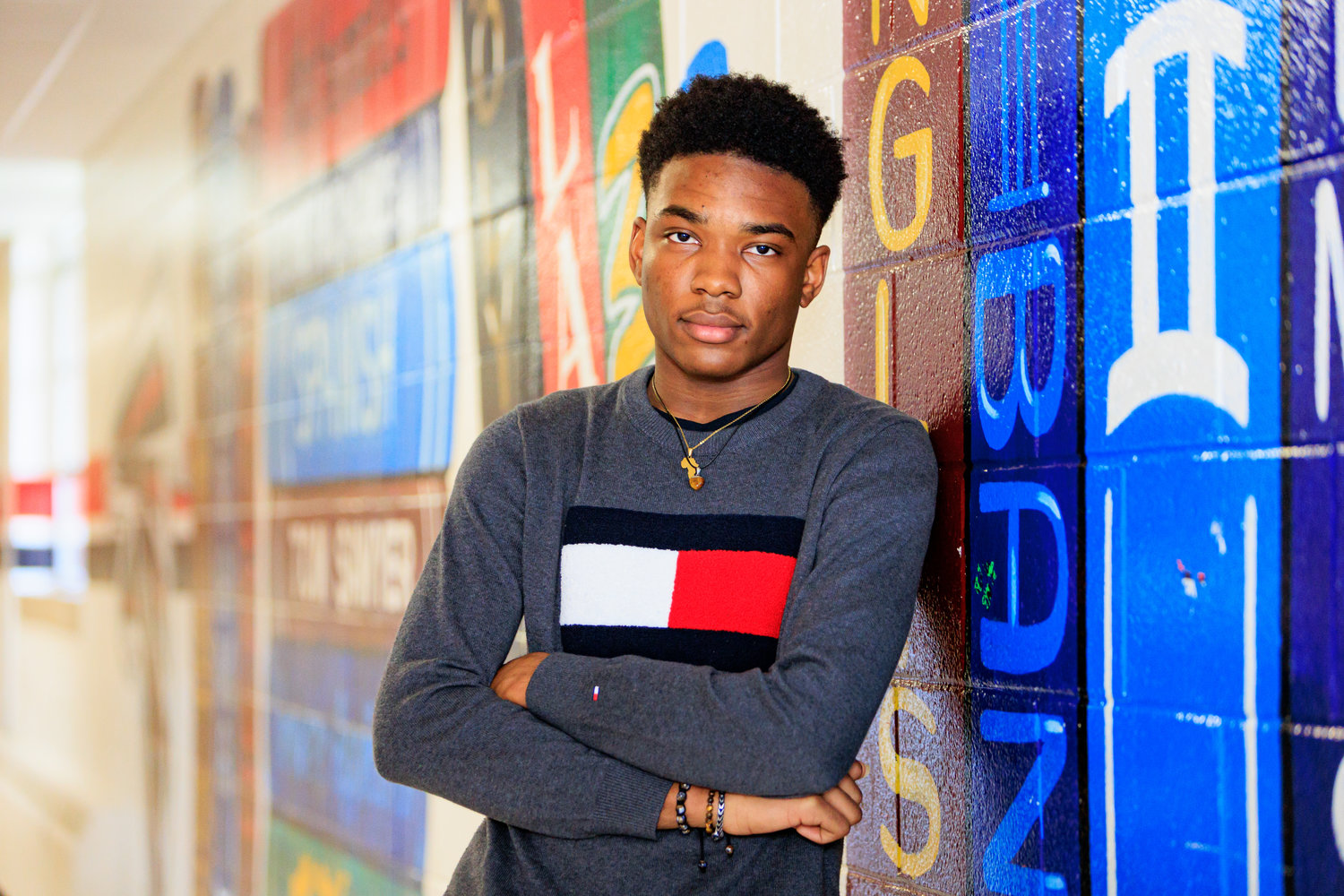 Adejuwon Balogun and his family moved to Fayetteville from Nigeria during his eighth-grade year. He graduated from Seventy-First High School this month ranked seventh in his class.
Photo by Raul F. Rubiera for Cumberland County Schools 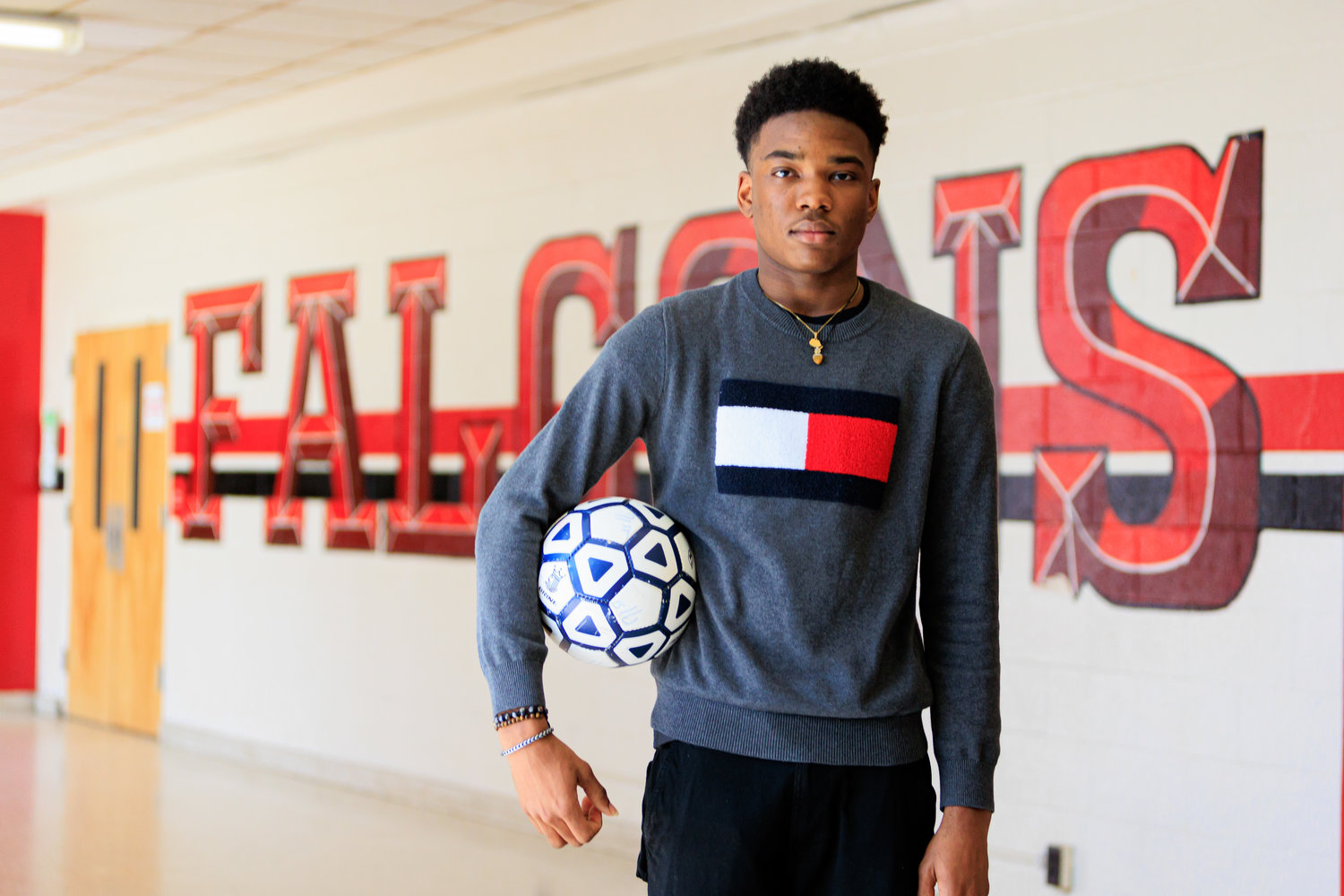 Adejuwon Balogun credits his soccer coach for building his confidence. He graduated from Seventy-First High School this month ranked seventh in his class.
Photo by Raul F. Rubiera for Cumberland County Schools 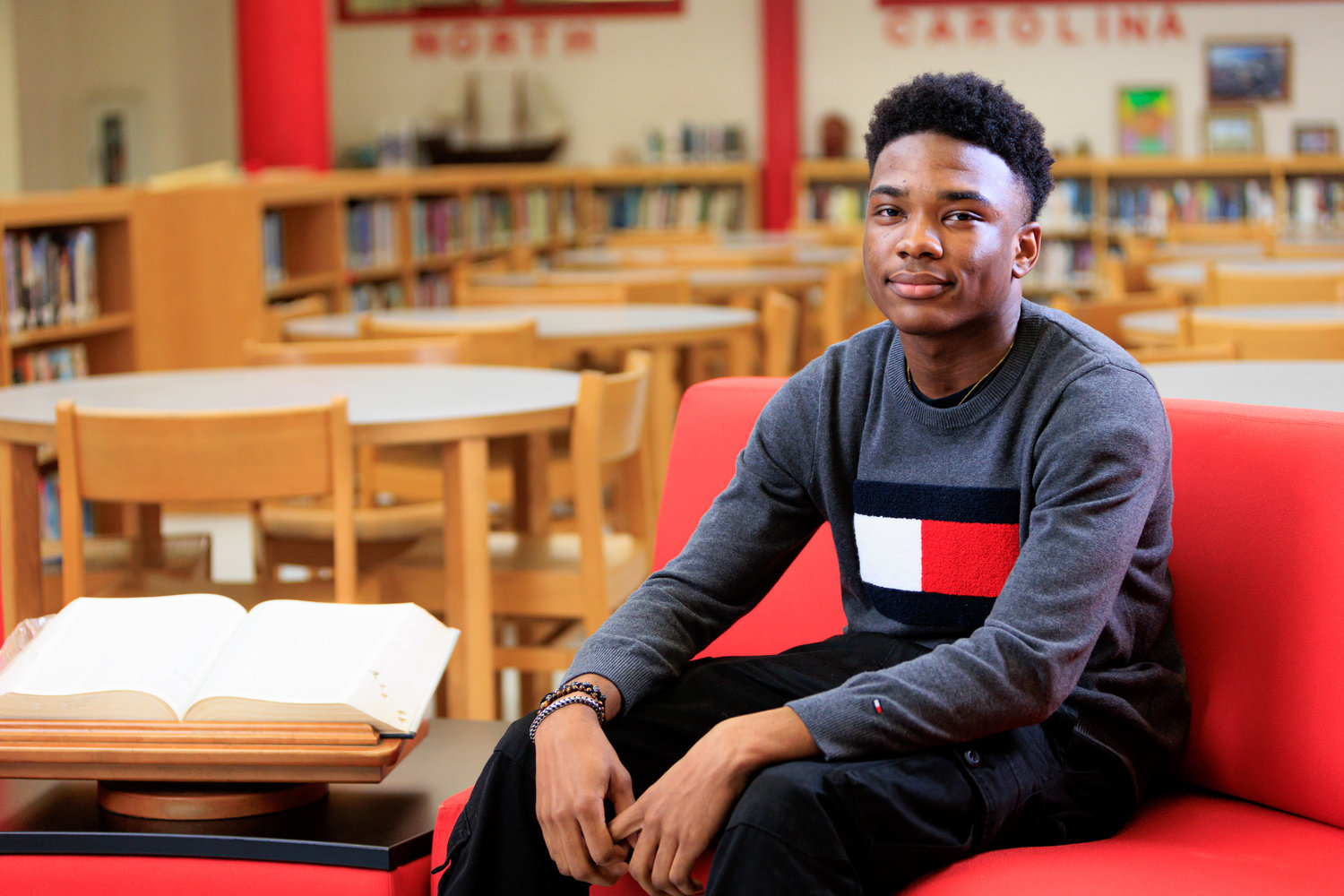 Adejuwon Balogun maintained a 4.0 GPA throughout his time at Seventy-First High School. He was also involved in multiple clubs and sports teams.
Photo by Raul F. Rubiera for Cumberland County Schools 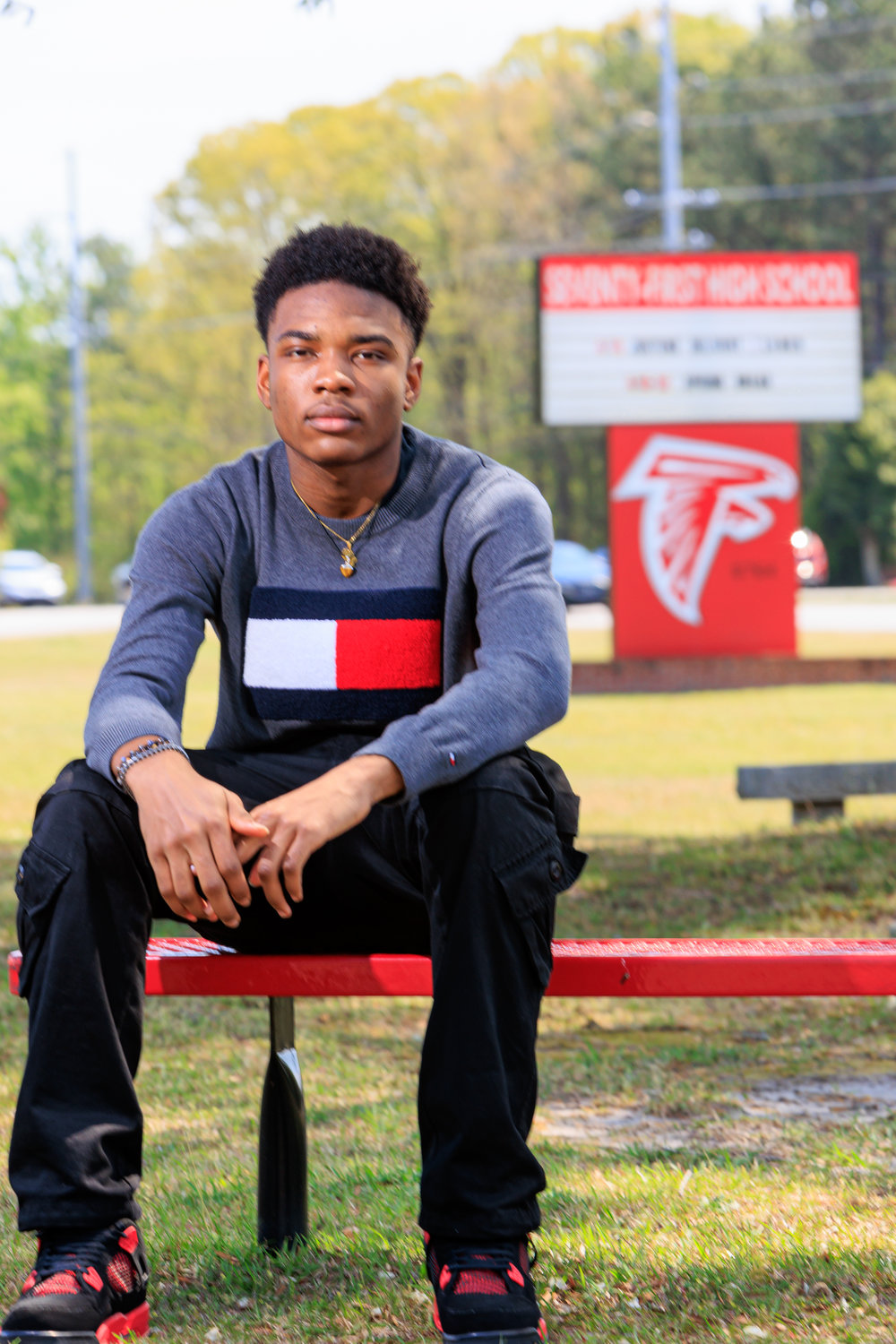 Adejuwon Balogun was vice president of student government and a member of the National Honor Society at Seventy-First High School.
Photo by Raul F. Rubiera for Cumberland County Schools
Previous Next
Posted Wednesday, June 8, 2022 5:19 am

Avoid the wrong crowd, be yourself, and don't try to fit in.”
Adejuwon Balogun
By Cumberland County Schools

That’s how most teachers at Seventy-First High School would describe Adejuwon Balogun.

Adejuwon and his family moved to Fayetteville from Nigeria during his eighth-grade year because of the possibilities available in the United States. His parents decided on Fayetteville because they had family here.

Even though he had to quickly adjust to a new school, country and culture, Adejuwon has excelled at Seventy-First. This month, he crossed the stage ranked seventh in his graduating class.

“The hardest part about moving here from Nigeria was the cultural differences,” says Adejuwon. “It was difficult for people to understand what I was saying because of my accent, which discouraged me from speaking. Nevertheless, after a few months, I met friends who understood my peculiarities.

“I'm still learning,” he says. “There are still certain words I can’t pronounce correctly and other concepts I don't get, but I'm grateful I’m surrounded by people who are willing to assist me.”

Throughout his time at Seventy-First, Adejuwon has maintained a 4.0 GPA while being involved in multiple clubs and sports teams. This year, he was captain of the soccer team and the lead media assistant.

However, Adejuwon’s favorite extracurricular activity has been soccer. He made the varsity team as a sophomore and played for three years. His coach, in particular, has made a huge impact in Adejuwon’s life.

“I can’t express my appreciation enough to my soccer coach for pushing me to work hard and constantly looking out for me,” Adejuwon says. “He goes above and beyond for me.”

Despite the challenges, Adejuwon is thankful for the move. He loves Fayetteville and Seventy-First High School. The welcoming environment has been a big plus as he adjusts to life here.

“Cumberland County Schools, specifically Seventy-First High School, has given me a top-notch education, dedicated teachers, and a safe environment, building the foundation for my future,” Adejuwon says. “My school has strengthened my social skills and taught me how to be responsible and meet deadlines on time.”

In the fall, Adejuwon plans to attend the University of North Carolina at Charlotte and will major in computer science. He hopes to one day work in cybersecurity.

As Adejuwon moves forward, he looks back fondly on his time at Seventy-First and has an important message for incoming freshmen.

“When starting high school, the most important thing to remember is to be prepared and organized,” Adejuwon says. “It is critical to stay organized throughout high school in order to be a successful student. You must balance academics, extracurricular activities (at least one extracurricular activity is strongly recommended), and your personal life. Avoid the wrong crowd, be yourself, and don't try to fit in.”