Guardians of the Green Beret has confronted Webb, telling him to stop saying he served in the Army’s elite Special Forces group 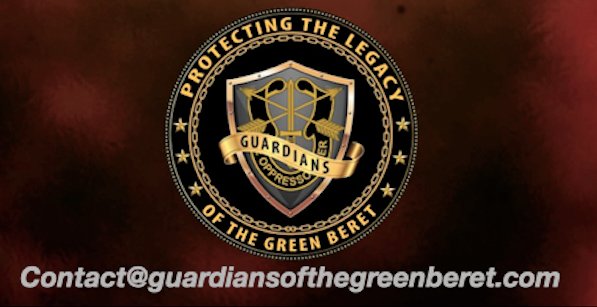 A group called the Guardians of the Green Beret has posted a video accusing former Fayetteville mayoral candidate Franco Webb of fraudulently posing as a Special Forces soldier.

The group sent CityView a link to its YouTube video, as well as documents, media articles and another video in which Webb alleges he was a Green Beret. One of the documents is an application that Webb filled out for a voluntary position on the Fayetteville/Cumberland Human Relations Commission. Another appears to be a screen shot from Webb’s Linked-In page in which he alleges he was in the 7th Special Forces Group for 18 years.

In a portion of the video, Webb is confronted with the alleged fraud during a phone interview conducted by Steve Antson, an investigator for the Guardians of the Green Beret.

Initially, Webb denies posing as a former Green Beret, but Antson questions him about evidence that appears to show otherwise, including an article written in Webb’s own hand as a mayoral candidate that was published in Up and Coming Weekly, as well as the information that had been posted on Webb’s Linked-In account.

Initially, Webb says during the phone interview that his former wife set up his Linked-In account. Webb does acknowledge in the conversation that he served in the Army only from 1985 to 1989 and that although he was linked to Special Forces while in Honduras, he was never a member of the elite unit.

Antson asks Webb to apologize and to remove all claims that he is a former Green Beret. He tells Webb that his actions have been especially brazen because he lives in a city that is home to one of the largest groups of Special Forces soldiers in the world.

“I definitely had no intention of defrauding anything,” Webb responds.

“If you say you are misunderstood, that’s another lie, my friend,” Antson counters.

“I apologize,” Webb replies. “Yes, I will quit, and I will not say another word about it.”

Webb then asks whether Guardians of the Green Beret still intends to post its video on the internet and is told that that would be the only way to keep him from lying in the future. Antson asks Webb to provide a letter stating he will no longer pose as a Green Beret. The interview ends with Webb asking for the group’s email address.

Any reference on Webb’s Linked-In account involving Special Forces has now been removed.

In an interview with CityView, Antson said Guardians of the Green Beret, a group of current and former Special Forces soldiers, has exposed hundreds of people posing as Green Berets.

“We do this to uphold the honor of the regiment,” Antson said. “You can't just go out there and buy a green beret and pretend to be one of us.

“We do it to stop the lie; it's as simple as that. Stolen valor is rarely if ever prosecuted, and the best thing we can do is get the word out to friends, family, news organizations. When it goes public, they are pretty much forced to stop.”

Webb has made other claims over the years that he served in Special Forces.

As a candidate for Fayetteville mayor this year, Webb said on a podcast called On Da Rize TV that he went from being a soldier with the 82nd Airborne Division to becoming a Special Forces medic.

His application for a seat on the Fayetteville/Cumberland Human Relations Commission also lists Webb as a former member of “US Army Special Forces 18D,” according to a document provided by Guardians of the Green Beret. Webb continues to serve on that board, and minutes from a September meeting show that he unsuccessfully tried to pitch himself as the next chairman.

The Fayetteville City Council appoints the commission members. Mayor Mitch Colvin said in May that the council does not screen applicants for voluntary board seats, but he suggested that perhaps it should.

Webb was defeated in the May primary, finishing third with slightly more than 8% of the ballots cast. Colvin went on to be re-elected mayor.

Webb first came to CityView’s attention shortly before the primary, when Fayetteville resident Claire Carver-Lacy complained that Webb had failed to provide a security system for her after pocketing $2,200 of the elderly woman’s money. Webb owns Core Computer Technologies in Fayetteville.

In May, a small-claims court magistrate ordered Webb to pay Carver-Lacy the $2,200, plus interest. Carver-Lacy said Saturday that she did get paid.

Webb also has faced numerous criminal charges and civil actions that date back as far as 1985.

Antson reluctantly allowed his name to be used for this story. He said many current and former Special Forces soldiers are behind Guardians of the Green Beret, and he is only one of them who works to expose stolen valor.

“They take the honor away from the regiment and from those who have earned the right to call themselves a Green Beret,” Antson said. “It’s not forgivable.”

Greg Barnes is an investigative reporter for CityView. He can be reached at gregbarnes401@gmail.com.