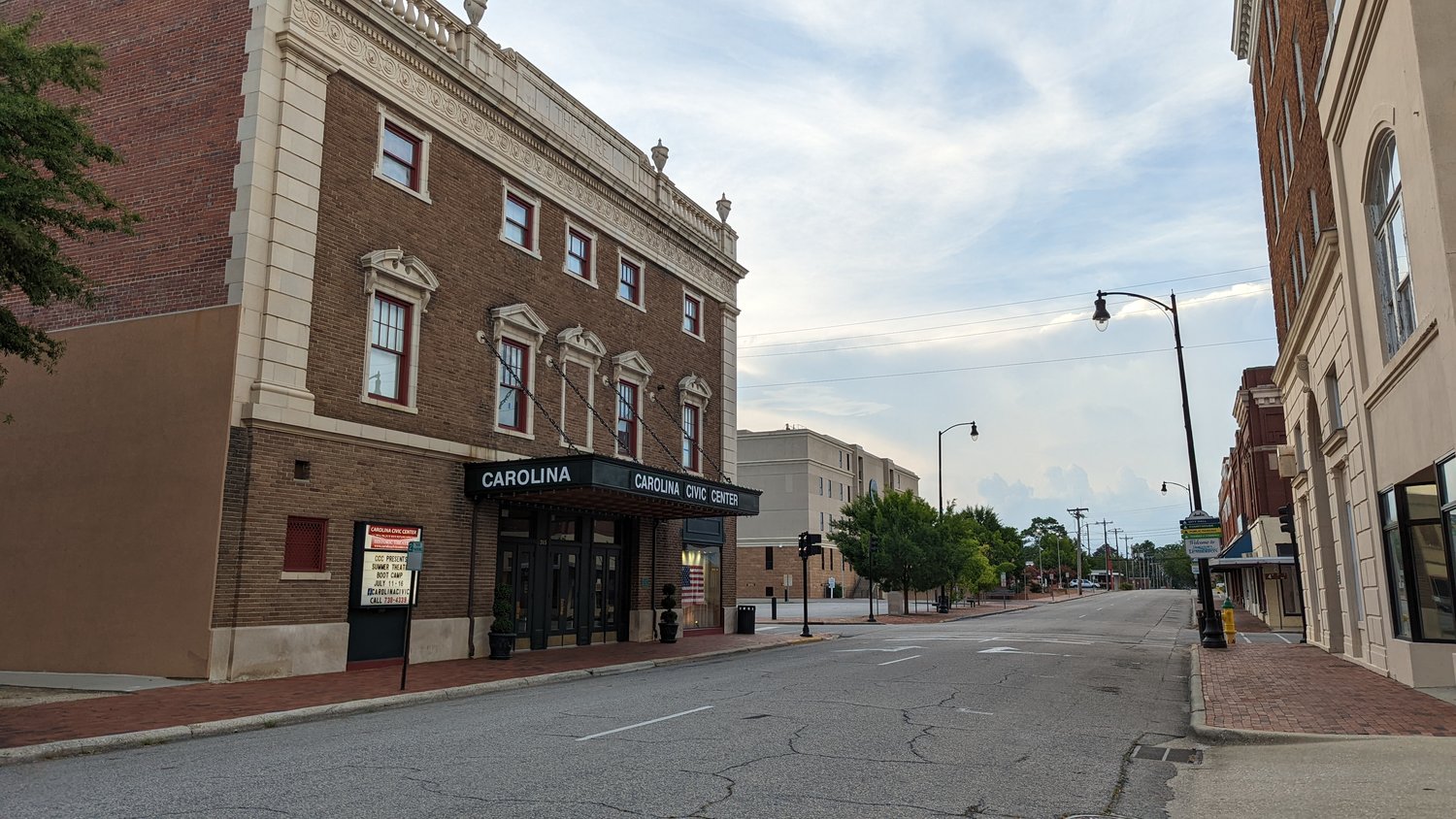 ARPA is federal legislation passed in March 2021 for the purpose of funding recovery efforts from the COVID-19 pandemic.

Four rural towns and cities in the counties around the Fayetteville area — Raeford, Lumberton, Elizabethtown and Pembroke — were among the 30 local governments that will receive grants from the $20.1 million first round of funding in the $48 million Rural Transformation Grant Fund.

The grant fund is split into three categories that local governments applied for. Those are downtown revitalization, resilient neighborhoods and community enhancements.

Lumberton is set to receive $900,000 for downtown revitalization. Pembroke’s $850,000 in funding will be a part of the resilient neighborhoods category, while Raeford and Elizabethtown will receive $846,000 and $332,500, respectively, to go toward community enhancements.

Raeford’s funding from the grant will go toward upgrades to Robbins Heights Park, according to reporting from The News-Journal.

To help revitalize Lumberton’s downtown area, the city will use the $900,000 toward its expansion of the Carolina Civic Center, a historic theater that’s listed on the National Register of Historic Places.

“It’s really an anchor in our downtown,” said Deputy City Manager Brandon Love. “Our hopes are that that will just catalyze more development downtown, maybe more restaurants, bars, hopefully some second- and third-floor living spaces, additional businesses and the like.”

With the expansion of the Carolina Civic Center, Love hopes the venue will be able to host various conferences and events and bring people and businesses to the area.

“It’s critical for our ability to continue our downtown redevelopment efforts,” he said. “Without a venue, a significant venue, in the downtown area … we just would not be in a position to even vie for those types of conferences.”

With the expansion, Love hopes for a trickle-down effect whereby businesses will come to downtown Lumberton to benefit from the attraction that the civic center could bring.

One example he gave was weddings potentially taking place at the venue.

The $900,000 from the state grant is just a portion of the $2.5 million project, Love said. The rest of the cost will be paid for with funding from various trusts and donations from foundations, as well as a loan from the U.S. Department of Agriculture.

Elizabethtown will be using its $332,500 from the state grant to address the lack of affordable housing in its community, particularly housing for teachers, firefighters, police officers and others who work for the public.

“It’s the No. 1 problem in our strategic plan countywide,” said Rusty Worley, Elizabethtown’s planning director. “Bladen County has the highest teacher vacancy rate for classrooms in the state, about 25% of our classrooms. We do not have teachers.”

Worley said the town will use the funds to purchase a property, for which the sale has not been finalized, to lease to a third party, who will rent to households at income-adjusted rates.

In all, the project will include 58 units, Worley said, along with various community amenities.

He said the funding was relatively easy to apply for and use compared with other state and federal government programs.

“It was a quick response … not something we had to wait for,” Worley said. “I think that was attributed to the way the (N.C.) Department of Commerce set it up.”

More state and federal programs should be set up in this way to help rural communities with a limited tax base, Worley said.

“It was a godsend because it gives us a chance to take a blighted property and turn it into something that we can actually get the rent down and get affordable houses in place,” Worley said.

In Pembroke, the town will use its money from the grant to fund sidewalks that connect the downtown to the Lumbee Tribe’s governmental headquarters, including Lumbee residential areas.

“This type of funding is very, very important,” said Town Manager Tyler Thomas. “Just from a quality-of-life standpoint, just basic infrastructure that our community members don’t have. To be able to access critical services in critical areas of town, to buy groceries and access education, things like that.”

The town’s $850,000 from the grant will cover a portion of the sidewalk construction, which will cost $1.4 million.

That total amount is part of a larger set of projects that will improve downtown infrastructure, Thomas said. That will include sewer and water enhancements, bike and pedestrian walkways and traffic pattern changes, among others, he said. The costs for all the projects add up to about $9 million.