Let’s get the party started

Meraki Creative Agency, a party design and supply shop, uses whimsy and sparkle to put people in a happy mood. The color, the magic just bring them joy. 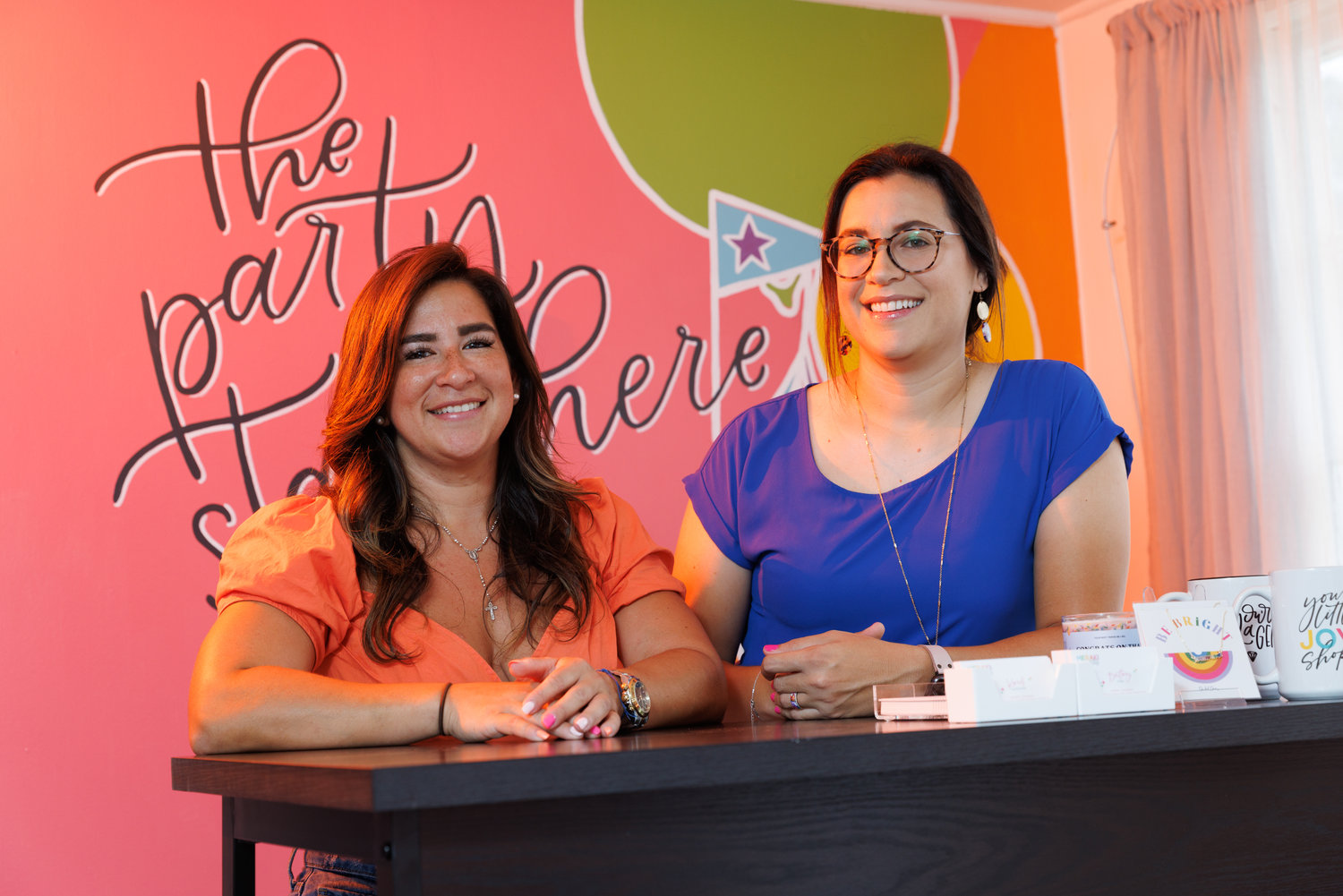 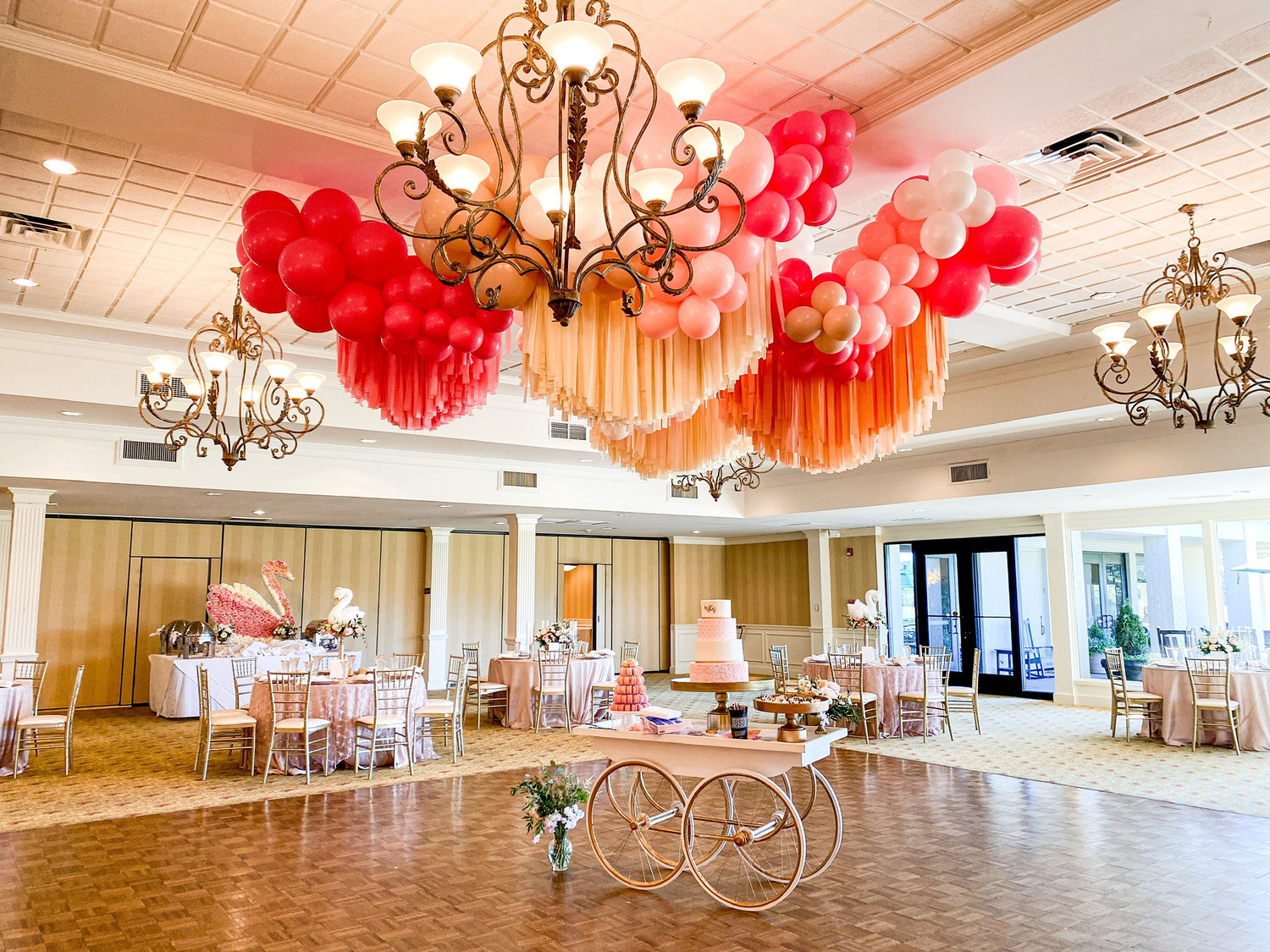 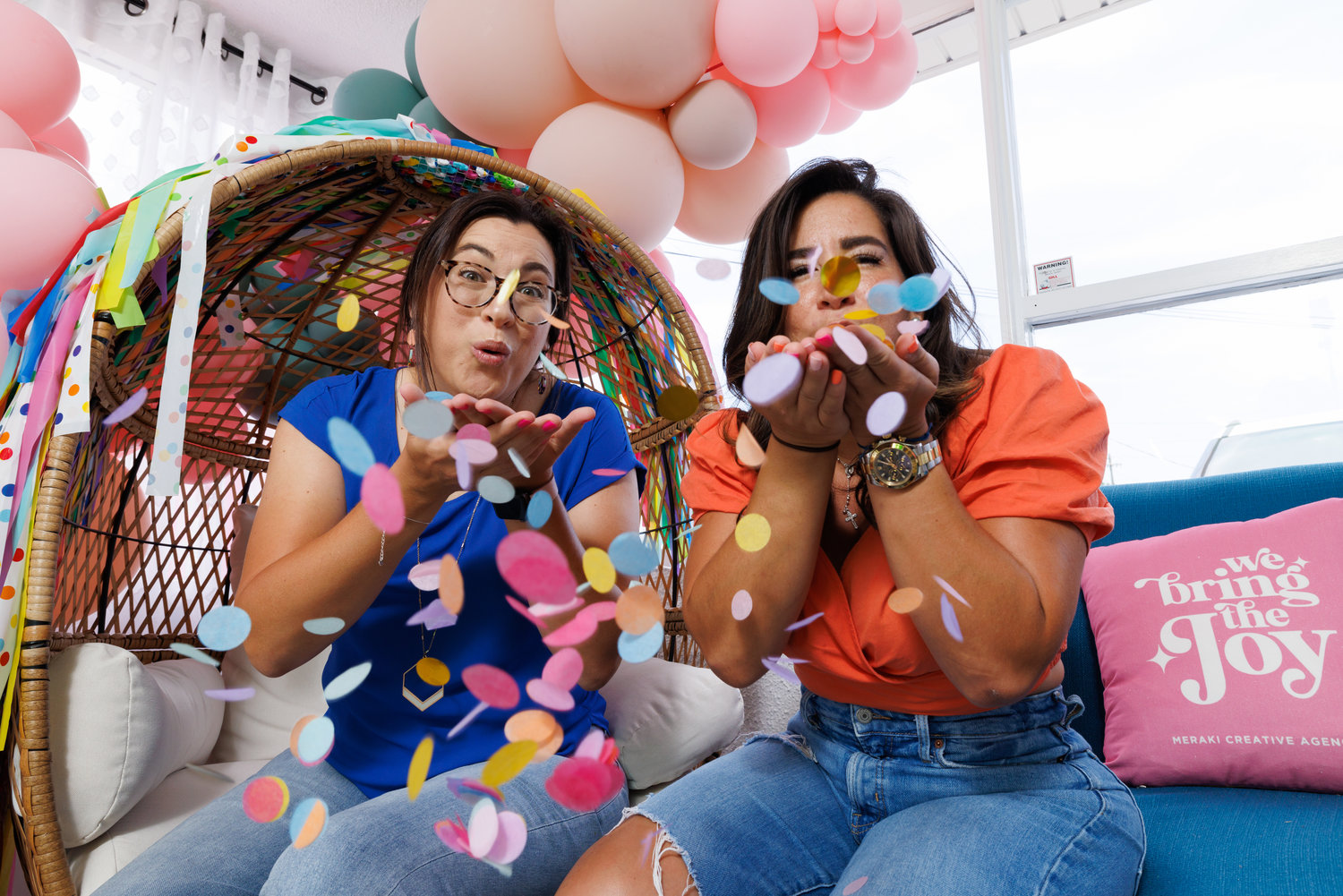 That’s how Karoll Echeverri and Brittany Cobb like to get your attention.
As the owners of Meraki Creative Agency, a party design and supply shop, they use whimsy and sparkle to put people in a happy mood.
“It’s everything in abundance, a lot of color,” Echeverri says of their creative approach. “A lot of color makes a difference. When you do it in abundance, it creates an immediate reaction.”
Sometimes, she says, people can’t help themselves. The color, the magic just bring them joy.
“Even though they don’t know it’s happening, they feel it,” she says. “And that’s when we know we are doing it right.”
Echeverri started Meraki Creative in 2018 in a small space on Hay Street in downtown Fayetteville. Cobb joined the company in 2020. They have since moved to 1009 Marlborough Road off Raeford Road, in a building that gives them room for both a storefront and studio space.
Echeverri, 35, grabbed the attention of downtown visitors and arts enthusiasts when she designed a colorful and fanciful overhang of umbrellas in a downtown alley in 2018. The display was up for three weeks.
“People went crazy,” she says. “They could not believe something like that was in Fayetteville.”
One of those people, in fact, was Brittany Cobb. She saw the alley and thought, “I’ve got to meet the person who did this.”
Business and creative partnerships were born.
Balloons, tassels and ribbons are among their media; playfulness and a chill vibe are the goals.
The artists string brightly colored balloons together for private parties celebrating birthdays, graduations and anniversaries.
Balloons bring back childhood memories, Cobb says.
“As an adult, you don’t really get that anymore — balloons for your birthday,” she says.
As a true test of whether their creations will get the kind of reaction they’re looking for, they will often use Cobb’s husband, who is in the Army and currently deployed to Germany, as a barometer. They’ll show him the creation by phone.
He’s not outwardly emotional, Cobb said, so to get a reaction out of him is a good sign. Sometimes he’ll shrug, but other times he’ll say, “Hey, you’re killin’ it.” That’s when they know they got it right.
They also decorate for business and university functions; clients have included Systel, Holmes Security, Cape Fear Botanical Garden, and Methodist, Fayetteville State, Duke and Campbell universities. They can provide site-specific murals, custom photo-booth backdrops and backdrops for use on Instagram posts.
Teamwork is essential, they say.
“Karoll has the overall vision,” says Cobb. “I come in behind her with the touch-up detail.”
Echeverri says she will often call Cobb with an idea, and Cobb is already at work on it.
They like to talk with their clients to get to know them so that their decorations are tailored to individual tastes. For example, they will incorporate the birthday boy’s favorite colors, the graduate’s favorite sports teams, mom’s favorite music, or the co-worker’s workplace nickname.
Born in Colombia, Echeverri came to the United States at age 14 with her mother, brother and grandmother. They settled in Miami, where she attended high school. She was always a young entrepreneur, she says. She would buy hairclips, add her own decorations to them, then sell them at school.
After high school, she thought about joining the Army Reserve, then decided to “go full in” on an Army career. She was first assigned to logistics, then to psychological operations, which brought her to Fort Bragg.
After seven years in the military — including two deployments to Iraq — she went into marketing, a field she says is a lot like psy-ops.
In both, she reasons, “you are winning the hearts and minds of people.”
“I don’t like conventional marketing,” she says with a smile. “I like guerrilla marketing.”
Cobb’s artistic side also goes back to her childhood.
“I was always one of those crafting kids,” she says.
She made friendship bracelets and took up crocheting in the third grade. After high school, she wondered how to turn the arts into a career. She decided on a graphic design major in college.
“I’m not a fine-arts person,” she says.
Her father is skilled at construction and built a counter and shelving for the shop. He also gives her advice on building wooden props and backdrops for their outdoor party scenes.
Meraki recently has added a line of greeting cards that are designed by Cobb. They include Christmas, birthday and thank-you cards, all with fresh designs and clever sayings, like:
“It’s beginning to cost a lot like Christmas.”
“Happy forty something / Close enough, right?”
“Caution: Now hotter by one degree” (for graduation).
Echeverri says they are still “tweaking” the operational side of the business, but they emerged from the COVID pandemic with a strong customer base. Toward the end of the week, she says, they’re always busy preparing for weekend parties.
At the height of the pandemic, Cobb says, they shifted to more online orders and deliveries.
Cobb says it’s always fun to drop off a surprise delivery and see the recipient’s reaction. That’s especially true when an out-of-state customer sends an unexpected birthday or holiday greeting to a family member they may not have visited with in a while, she says.
“We live for the reaction,” Cobb says. “If it’s simple, people won’t notice it. It’s rewarding to see that people appreciate it.”
Echeverri’s entrepreneurial spirit is guiding her toward even more growth for Meraki Creative: She hopes to someday franchise their business model.
It’s all about spreading joy.
“For kids, they have their parents to make them happy,” she says. “As we grow, we forget that color makes us all feel happy.”
With emotion. In abundance.