Man with a vision

Menno Pennink, whose fingerprints are seen throughout downtown, began his revitalization journey in 1992 when he recruited 17 businessmen to take on transformation of the Prince Charles Hotel 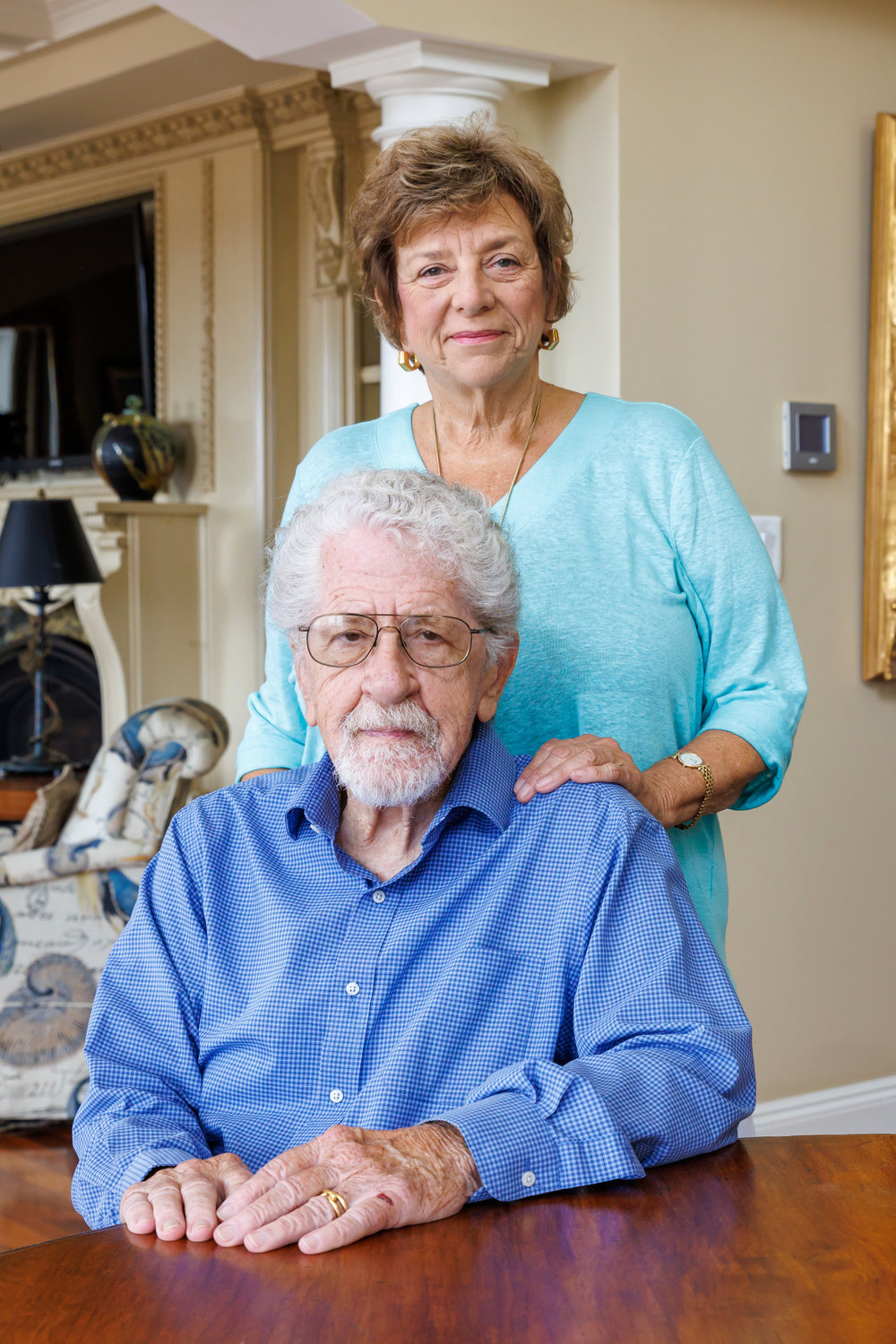 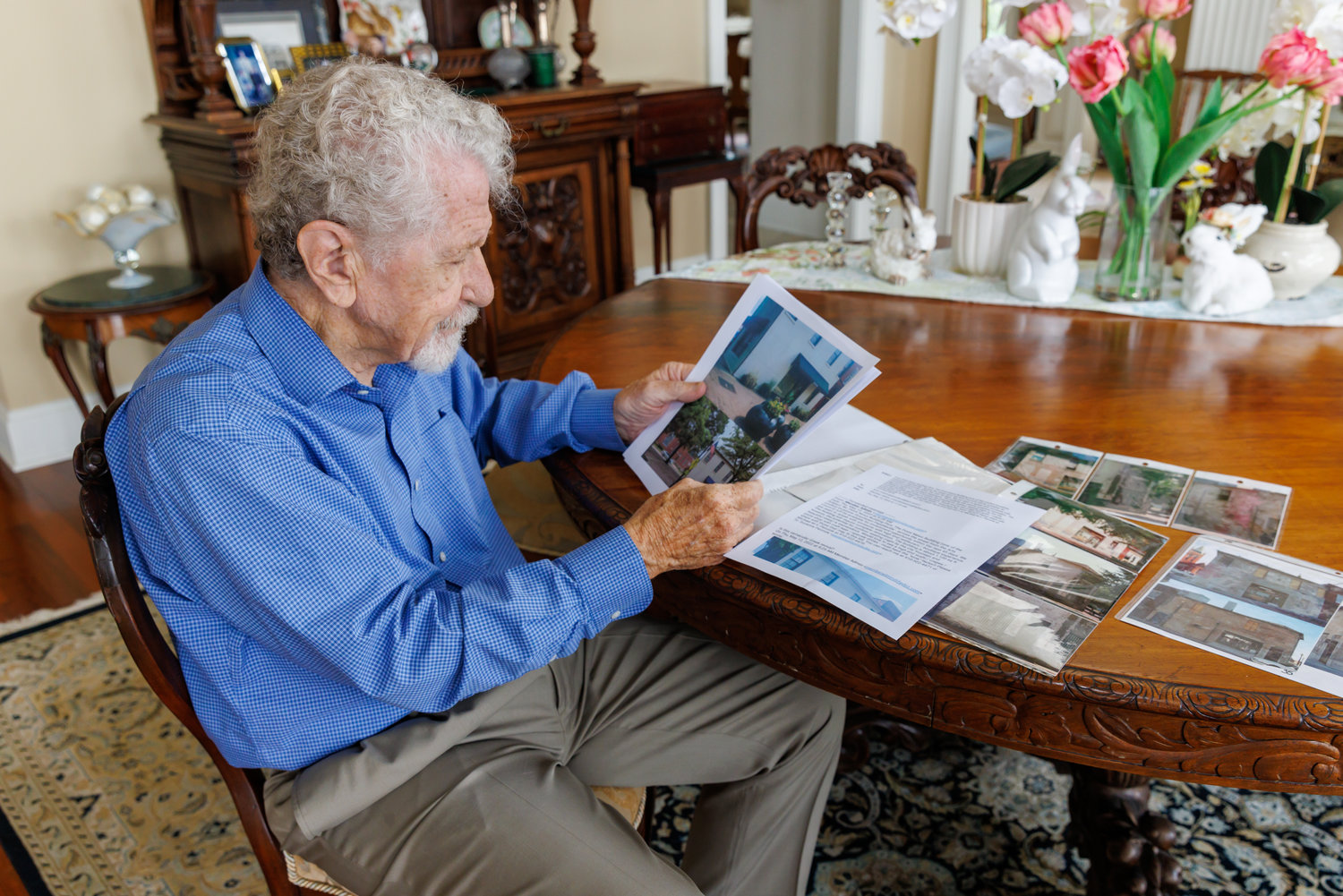 Menno Pennink had a vision for a downtown on the downside. Businesses were abandoned and shuttered, including the historic Prince Charles Hotel.
Pennink was a man with a mission, and he was committed to his vision.

“He put his money where his mouth is,” says John Malzone, a longtime real-estate developer in downtown Fayetteville.

Pennink was a retired neurosurgeon when Malzone first approached him about downtown. In the 1990s, Hay Street was known for its vacant buildings, seedy bars and prostitutes. The Prince Charles Hotel was headed into bankruptcy.
“You need to buy some real estate,” Malzone told Pennink.

Pennink’s downtown revitalization journey began in 1992 when he recruited 17 businessmen to form Prince Charles Management Corp. At one time, the number of businessmen involved reached 34.

“I started writing letters to the newspaper,” Pennink says. “Basically, I said a hotel should be a hotel. It would be criminal to tear it down.”
Southern National Bank, Pennink says, held the deed on the hotel.

“I called the bank and said, ‘I’ll offer you $1.5 million,’ and they put the hotel up for auction,” Pennink says. “Bob Ray was our attorney. I told him to offer $1.5 million and stop. Nobody else bid. We finally bought it for $940,000.”
The hotel became successful with a Radisson franchise.

Pennink will tell you that, despite the success, operating a hotel isn’t easy — especially when a tornado takes off the roof.

After several years, most of the investors decided it was time to sell the hotel.
They got $4.6 million, he says, when it was sold in 2004.

Beyond the hotel
Pennink is candid about his venture with the Prince Charles.

“I thought when we did the hotel that downtown would take off,” he says. “Downtown didn’t take off.”

Pennink wasn’t deterred in his resolve for a vibrant downtown.

He is among a second group of downtown visionaries to be recognized by CityView Magazine. A luncheon is scheduled for June 29 at Segra Stadium.

“He preserved the Prince Charles and then began to buy unused buildings and put them to use on the north side (of Hay Street),” Malzone says. “He finally got Point News. He bought the old VanStory building. He definitely had vision, and he brought in a lot of his friends and acquaintances. He loved downtown and brought so many people.”

Then he turned to Hay Street’s south side and bought most of the block where the old Colony Theater and Miracle Theater stood in decay. Next was the 300 corner block, a $15 million residential and commercial project called 300 Hay. The developers were Ralph Huff, Tommy Bradford and Mark Stout, who was from Pennsylvania.

“It was Menno and Mark’s dream,” Huff says. “But truly, I would have never done the 300 Hay deal without Menno. It was all his idea.”

Bradford still can see the boarded-up movie theaters and the shuttered C&I Bank.
“He had a vision of what he wanted to do,” Bradford says about Pennink. “And we were delighted to do something to help with downtown revitalization.”
The 300 Hay project was completed in several phases.

A marketing brochure described the development this way: “The centerpiece of this stunning renaissance is a world-class home to shops and residents, a 46,000-square-foot masterpiece comprising four penthouses, 18 condominium homes, 20 townhomes along Ray Avenue and Franklin Street, and nearly 6,000 square feet of first-floor retail space on Hay Street.’’

Pennink put $30,000 into the old Lafayette Hotel, with plans to develop that end of the street toward the Market House. That effort fell through when a fire in February 1995 destroyed the hotel, where homeless people were said to be lighting fires to keep warm.

‘Fingerprints and footprints’
George Breece, a lifelong resident of Fayetteville, knows what Pennink has meant to downtown since 1992.

“Menno Pennink, without question, has his fingerprints and footprints all over downtown Fayetteville,” Breece says. “His love of downtown is only superseded by his love for his family and his love for the symphony and playing his violin and viola. Menno has always been a leader and champion for a Fayetteville museum of art. His passion and commitment for our center city is legendary.

“The word is that Menno came to Fayetteville because of the symphony, and, rest assured, the greater Fayetteville community is so much of a better place because Menno came our way, rolled up his sleeves and made his lifetime mark in downtown Fayetteville with his violin and viola by his side,” Breece adds. “Simply put, they don’t come any better than Menno Pennink.”

Pennink’s vision is not lost on Bruce Daws, the city historian.
The developer purchased several pivotal properties in the downtown historic district and renovated them in close coordination with the city’s Historic Resources Commission and the State Historic Preservation Office, Daws says.

“His efforts ensured that all the guidelines were followed, which preserved the original integrity, design and character of the structures,” Daws says.
Daws sees Pennink’s attention to detail and preservation in the restorations of the Prince Charles Hotel and the McKeithan, Pemberton, Sandrock and Point News buildings.

“His work has greatly enhanced the Downtown Historic District, providing a tangible link to the past and giving the city a sense of place and connection,” Daws says.

‘Ultimate optimist’
Andrew and Michael Pennink marvel at their father’s passion for making a difference.

“My dad always seems to be the ultimate optimist,” Andrew says. “His optimism is surprising given his humble beginnings surviving World War II, where he last saw his father at the age of 4. I’ve always thought that those dark times created a spark that kept him tirelessly motivated. Being a young father myself, I have always been amazed how he found the time to become a neurosurgeon and radiologist, open multiple diagnostic companies, play the violin in the local symphony, develop properties downtown, and all while being a great dad and a pretty decent chess player.

“I think the simple answer is he has a genuine love and passion for each of those things.

“He is a real-life Renaissance man,” he says. “He embraces knowledge and develops his capacities as fully as possible with anything in which he devotes his time. It’s fair to say that he has had a very strong partner, my mom (Suzanne), by his side to make sure things stay on track.”

Michael says he and his brother now realize the full scope of their father’s commitment to downtown.

“From the beginning, he nurtured his own vision of the downtown renaissance with such energy and positivity that it never occurred to us until much later the gravity of the risks he took early on and the time and commitment that this work has required and will continue to require,” Michael says. “Dad would be the first to remind you of so many other wonderful people who have made a positive impact on our downtown.

“He would give you a list of tenants who have started and grown their small businesses and brought great clientele to downtown. He would tell you of the many interesting other passionate owners and investors who have staked their livelihood on their downtown projects.’’

His father also would note the commitment of city employees, contractors and tradesmen to downtown projects, Michael says.

‘It’s getting there’
Menno and Suzanne Pennink make their home in the penthouse condo at 300 Hay. Sitting at his late mother’s mahogany dining room table, with its architectural wood carvings, he is pensive. Outside, Hay Street is busy with couples taking in lunch or browsing downtown shops.

Pennink recalls how he tried to persuade Antonella Scibilia to open an Italian restaurant in the Sandrock building across from the Arts Council of Fayetteville-Cumberland County.

“I talked to Antonella for years,” he says. “She said it was too small. I told her it was cozy.”

The restaurant opened in 2017. Today, it’s a downtown dining destination.
Born in Djakarta, Indonesia, the youngest child of four, Pennink takes pride in his years as a neurosurgeon who led the way to bring CT, or computerized tomography imaging, to Cape Fear Valley Medical Center, Highsmith-Rainey Hospital and FirstHealth of the Carolinas in Pinehurst.

Pennink is a man of vision who looked beyond the horizon at what could be.
But he has had disappointments.

Among his dreams was a Fayetteville art museum at Festival Park that never gained the support he hoped for and restoring the Lafayette Hotel that burned.
But downtown is better today than it was in the 1970s, 1980s and early 1990s because Pennink dared to dream.

“It’s getting there,” says Pennink. “But it could be better.”

“I’m proud of it,” Pennink says with modesty about his downtown vision. “And glad others are starting to realize it.”