Movies bring us together 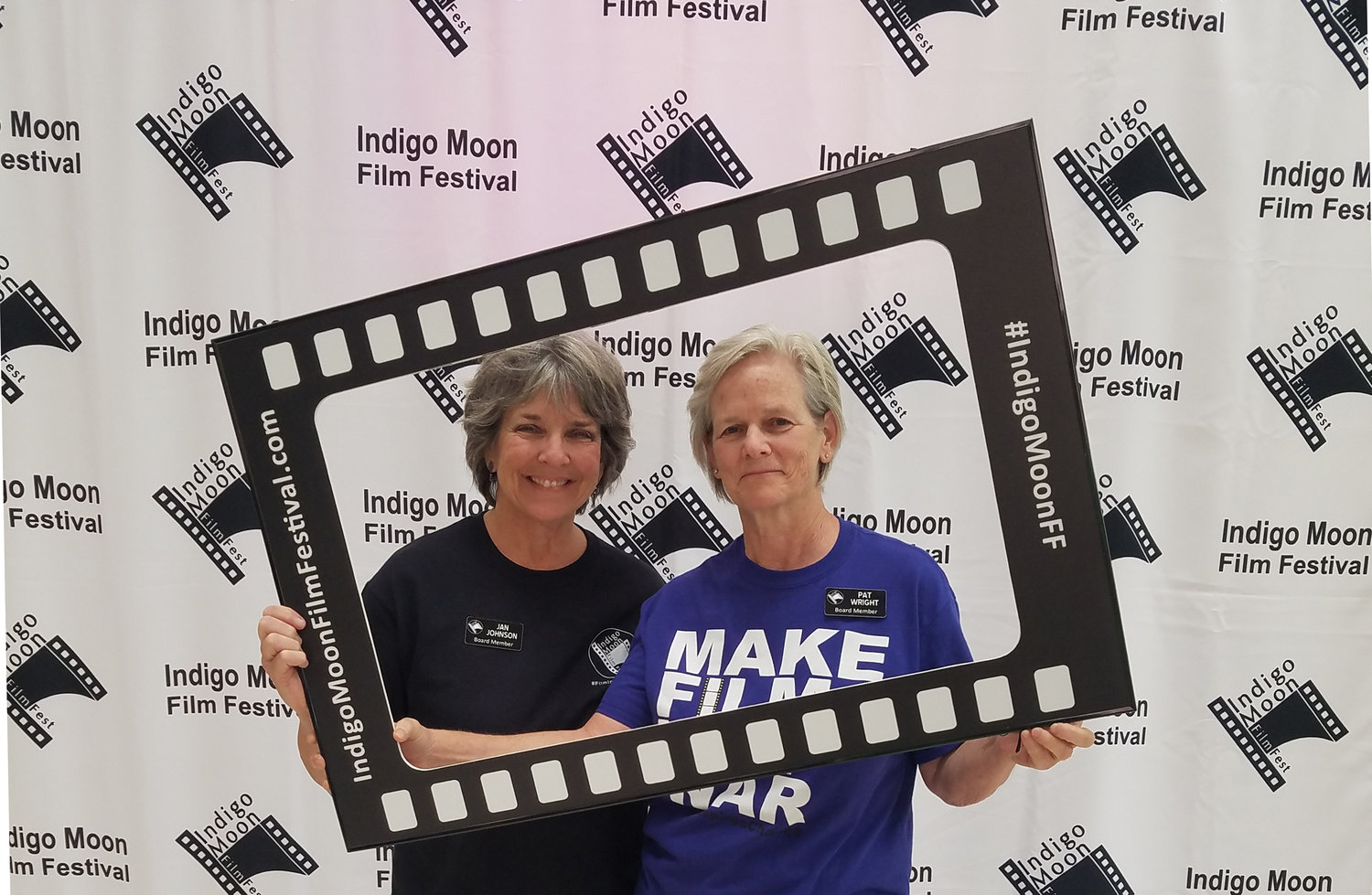 Jan Johnson and Pat Wright, founders of Indigo Moon Film Fest, are excited that this year's festival will be in-person. 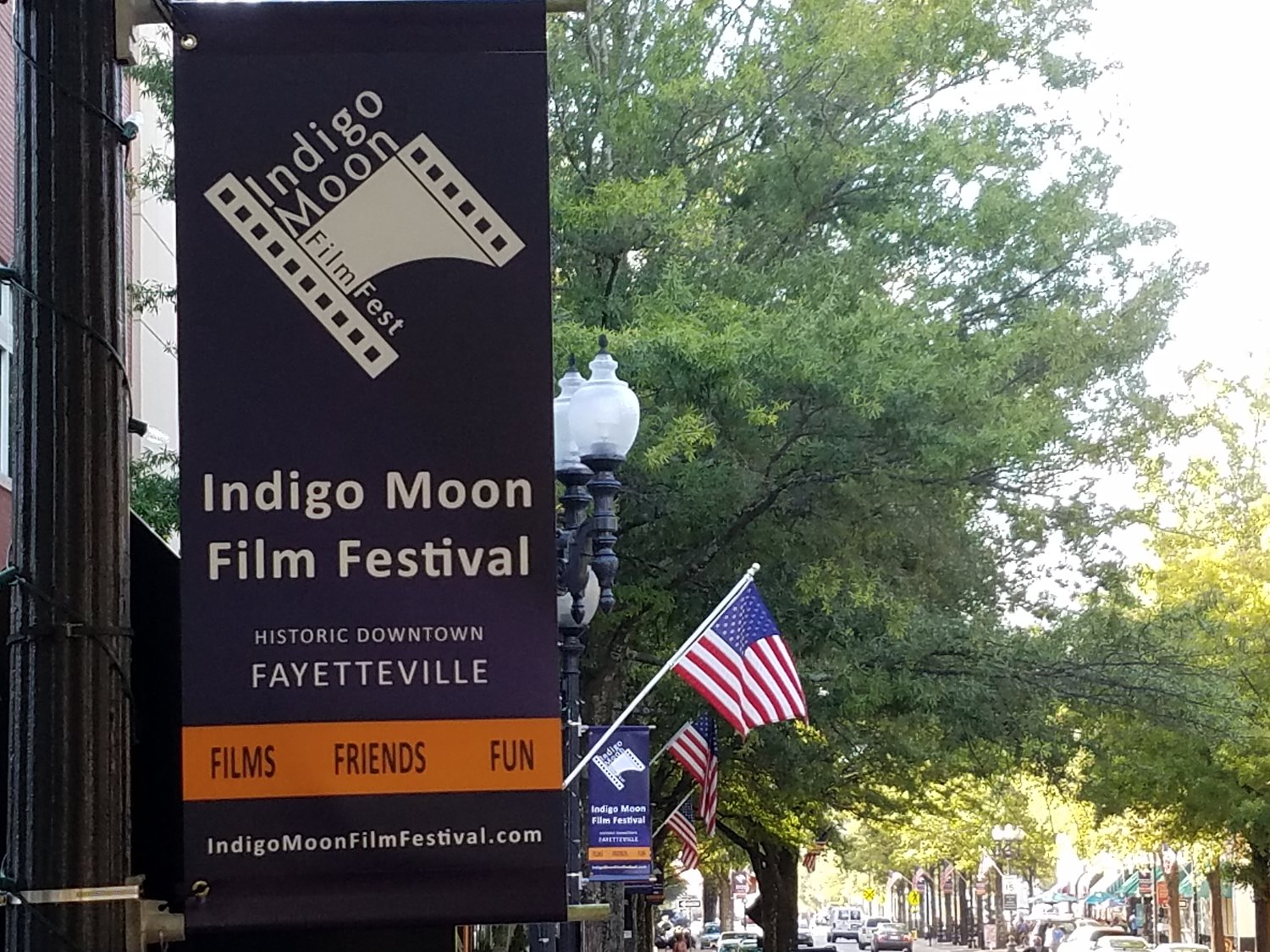 Before the pandemic, one of my weekly splurges was a trip to the movies with a few of my friends. It didn’t matter if it was an action film, a comedy or some other genre; we just enjoyed spending time together taking in the latest movie we decided on for that week.

There’s something about watching a storyline unfold on the big screen while munching on buttered popcorn that is personally satisfying.

Pat Wright and Jan Johnson, the founders of Indigo Moon Film Fest, understand how important that shared experience is for people. And Indigo Moon provides film buffs an opportunity to experience a variety of films, talk about them with others and hear from the filmmakers themselves.

This year’s film festival is scheduled for Oct. 7-9 in downtown Fayetteville and will be in-person. Films will be shown at the Cameo Art House Theatre and at the Arts Council headquarters. The opening night reception and the awards ceremony at the end of the festival will be at SkyView on Hay.

In 2020, COVID-19 threatened to put a halt to the film festival, but organizers pivoted and the event was all virtual. Last year, it was mostly virtual with a few in-person screenings.

“We’re really proud of the resilience of the festival,’’ Wright says. “We have survived a pandemic and three hurricanes so far.’’

Wright and Johnson are excited that this year’s festival will be in-person.

“We hope the Indigo Moon Film Fest will kind of be the catalyst for people returning to the theaters,’’ Johnson says.

When the festival had to go all virtual, Wright and Johnson still wanted people to hear from the filmmakers.

“We did lots and lots of interviews with filmmakers across the world,’’ Johnson says. Those interviews could be seen online.

They are planning to continue that this year for those filmmakers who can’t attend the festival in person. That interaction with the filmmakers helps the “audience better understand the process that went into the creation,’’ Wright says.

This year’s festival includes a lot of North Carolina filmmakers. The films also will celebrate diversity in the filmmaking industry, Johnson says.

“(We) try to bring out voices that otherwise may not be told,’’ Wright says.

They point to documentaries like “Super Size Me,’’ which examined the fast-food industry and raised questions about its role with growing concerns about obesity in America, and “An Inconvenient Truth,’’ former Vice President Al Gore’s campaign to educate people about global warming, as films that inspire change.

Once the schedule is released, people will be able to go to the Indigo Moon Film Fest website, indigomoonfilmfest.com, and watch trailers to see which films they may want to see. There also will be a movie ‘’matchmaker’’ on the site. People can choose a category, like horror, and films in that category will be displayed.

The opening night film will be shown at 7 p.m. Oct. 7 at the Cameo.

While Wright and Johnson are eager to talk about this year’s festival, they also are quick to recognize the Arts Council of Fayetteville-Cumberland County for its longtime support. Even before the festival started, the Arts Council provided a grant for them to investigate the concept and learn how to put on a film festival, they said.

“They encouraged us to pursue this,’’ Wright says.

If the two had to put a theme on this year’s festival, it would be togetherness, Wright says.

“We’ve been apart for so long, everyone wants to get together and celebrate, get together with friends,’’ she says.

And don’t forget the popcorn.

Want to go?
Ticket sales for Indigo Moon Film Fest will be available online only until the box office opens Oct. 5. The box office is at the Rainbow Room.
For more information, go to indigomoonfilmfest.com.