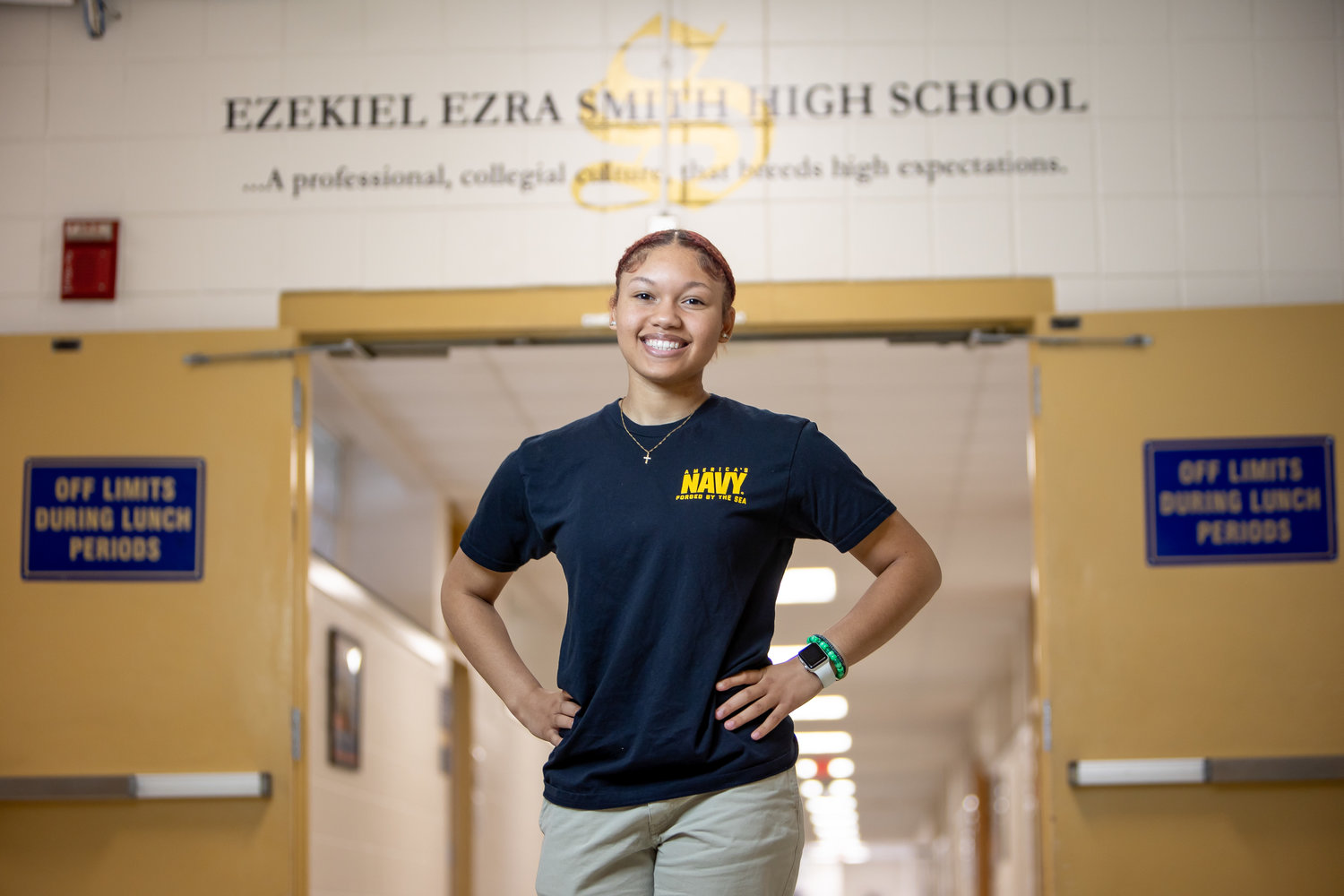 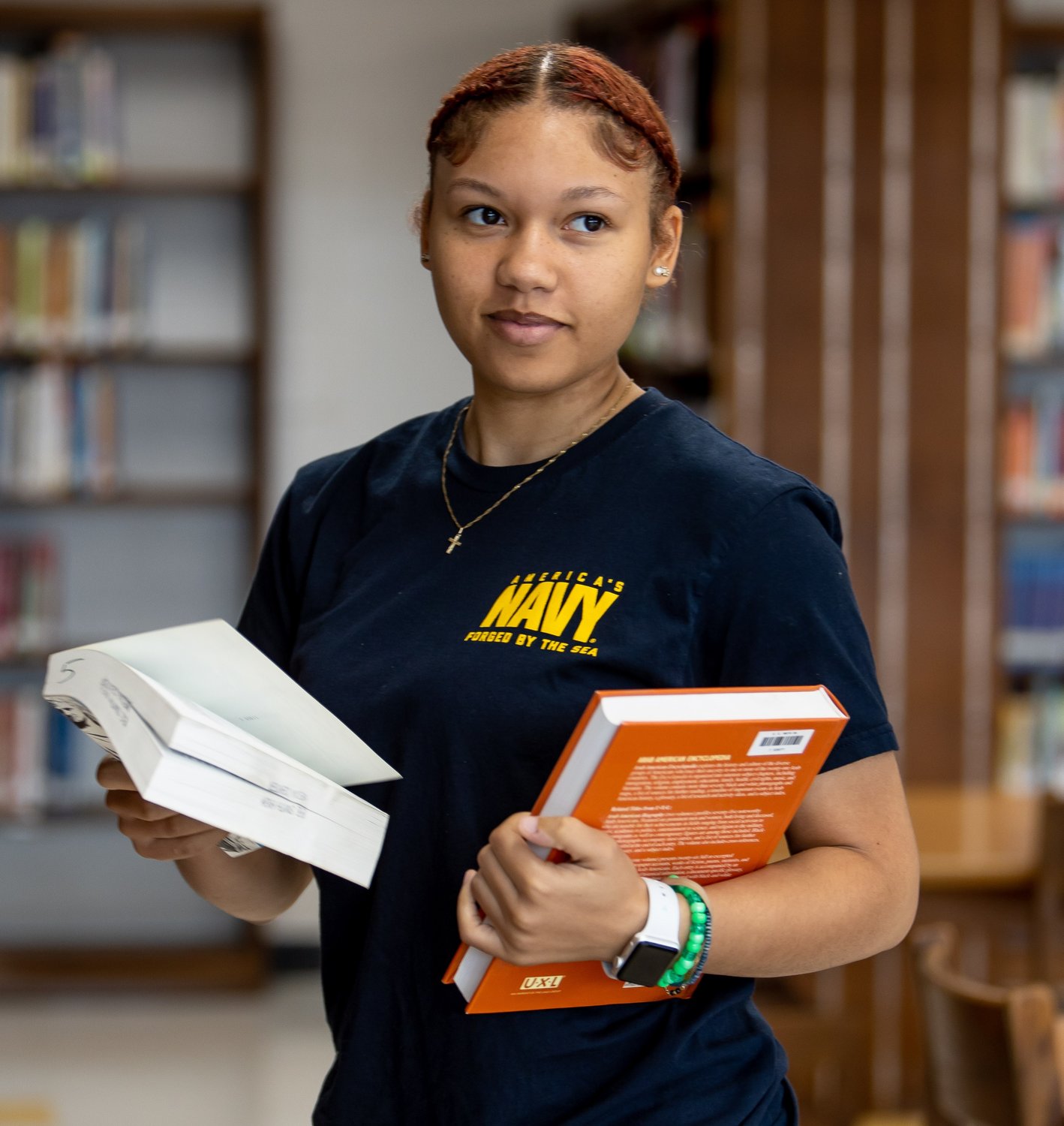 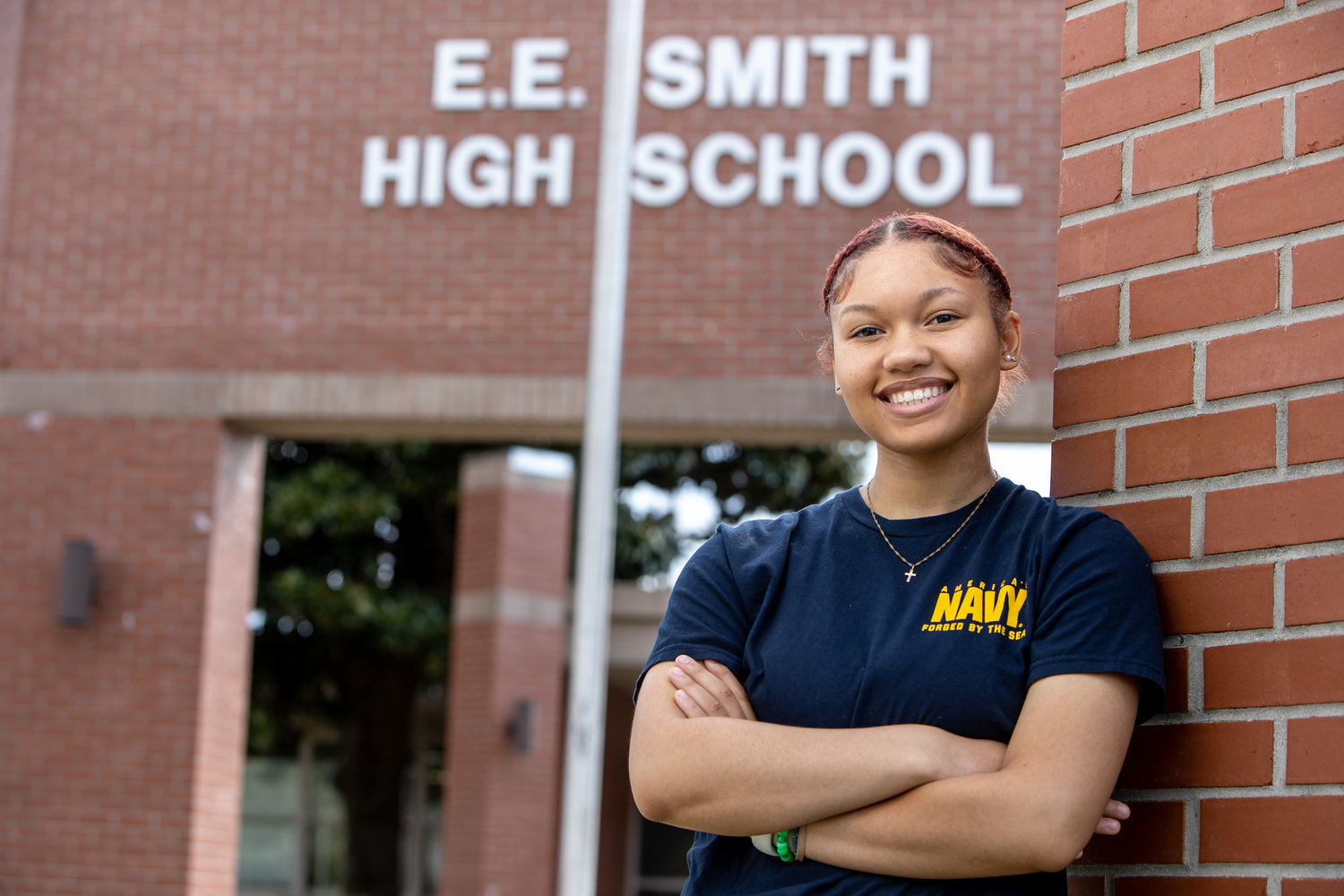 Tamrian Gibbs plans to be a hospital corpsman in the Navy.
Photo by Raul F. Rubiera for Cumberland County Schools 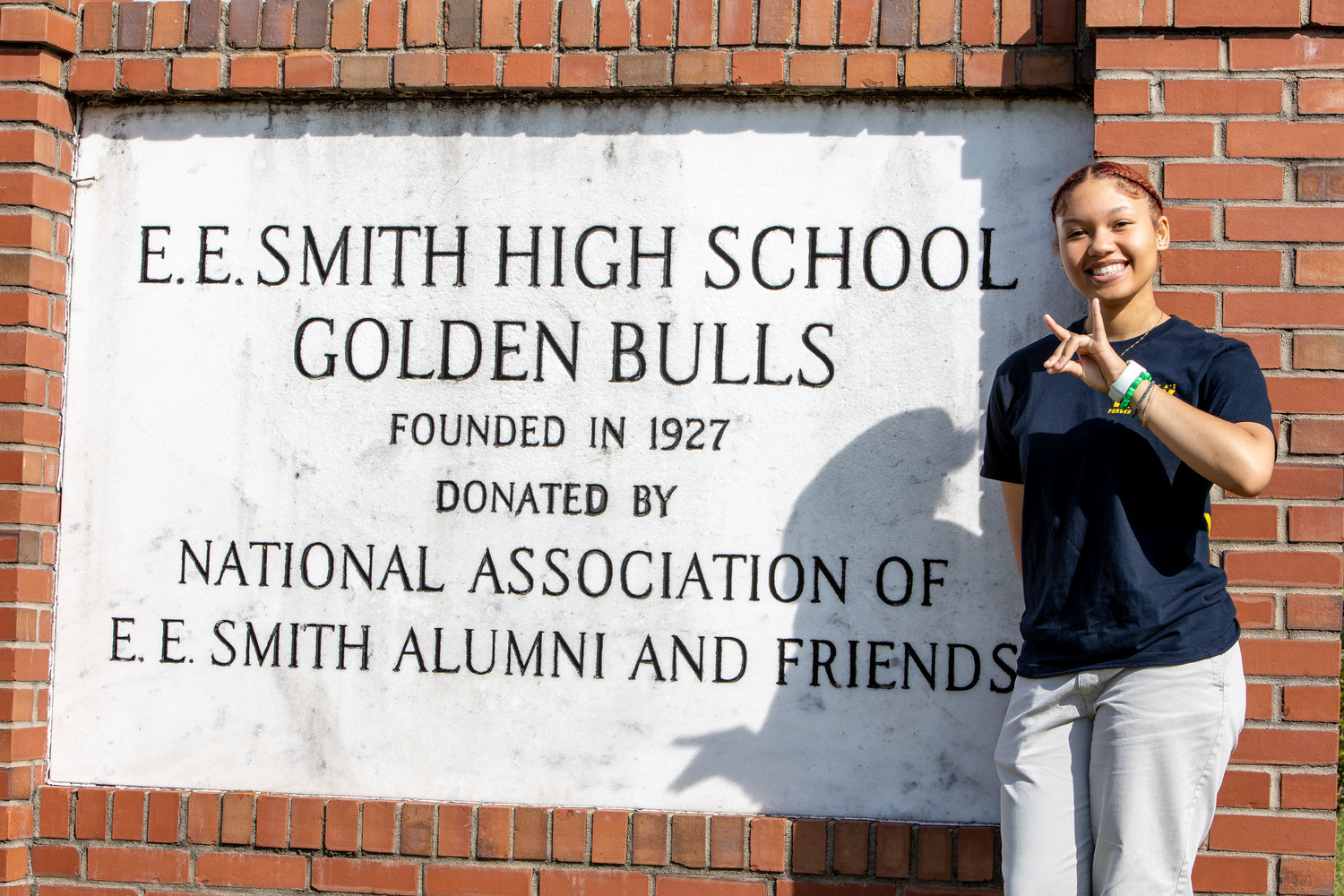 My high school experience has really taught me a lot about myself ...”
Tamrian Gibbs
By Cumberland County Schools

Additionally, her grandfather and an uncle served in the Army.

Tamrian has excelled throughout high school. Having been involved in numerous extracurricular activities, she is graduating in the top 20 of her class with a 3.81 GPA. She has had many offers to attend college but decided to follow in her family’s footsteps and enlist in the Navy right after high school.

“Tamrian Gibbs is the star of the class,” says Lucas Hann, one of Tamrian’s teachers. “Super engaged, always on point, and got an A on the informative speech. It’s very rare to get an A on the first major speech.”

Tamrian has been a student at E.E. Smith High School only since March 2021 but has used her time wisely. She was part of the yearbook club, Academy of Scholars, National Honor Society and Senior Committee.

“I am most proud of my ability to adapt to a new environment after moving to a new school and being able to balance my personal life and school life,” Tamrian says. “My high school experience has really taught me a lot about myself, and I’m proud of how much I have accomplished even with moving to new states my last two years of high school.”

Tamrian’s teachers describe her as a student who is motivated, mature and intelligent. But above all, Tamrian is determined. She knows what she wants in life and is not afraid to go after it.

Tamrian chose to enter the military not only because of her family background, but also because it guarantees that she will be financially stable in her life.

Since Tamrian was a child, the Navy has intrigued her. She is looking forward to learning more about daily life at sea. While in the Navy, she plans to be a hospital corpsman, a job that is similar to that of a nurse. Hospital corpsmen assist in a wide range of departments and procedures, from dispensing vaccines and analyzing lab samples to aiding in dental operations and assisting in emergency surgeries.

Thanks to her teachers and high school experience, Tamrian feels prepared for what comes next.

“Cumberland County Schools has prepared me for my future by giving me the opportunity to see what various universities, colleges and the military have to offer,” Tamrian says.