With a song in their hearts and something on the stove 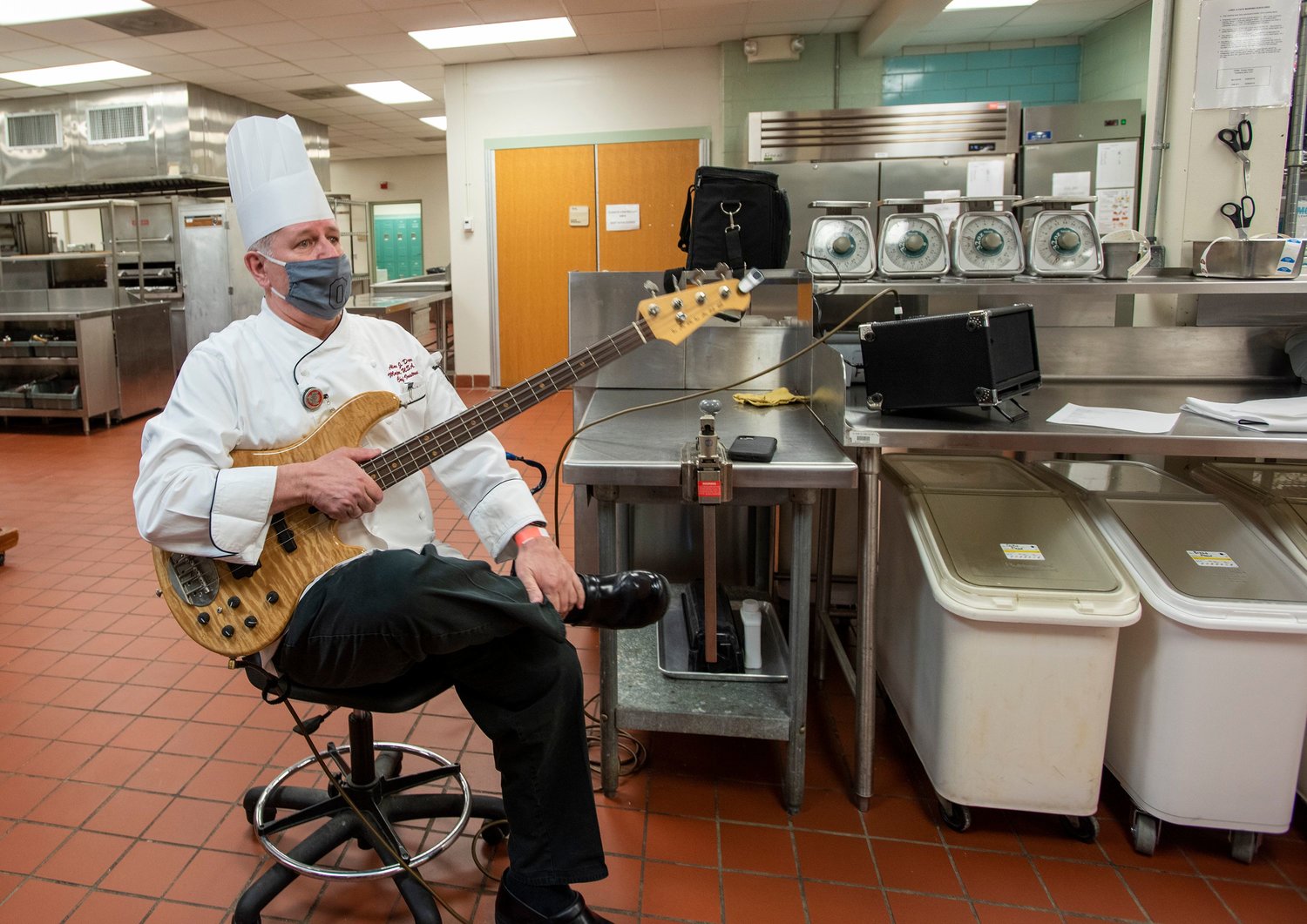 Super Bowl LVI had Snoop Dogg; Fayetteville Technical Community College’s culinary arts program has Alan Dover. And although Dover is certainly no pretender to the award-winning rapper’s following, he nevertheless has quite a few devotees of his own. Albeit most of them are aspiring chefs trying to learn to make a mean bechamel.

And while Dover’s “The Mayonnaise Song” and “The Saucy Family” may not be on the level of, say, “Drop It Like It’s Hot,” the tunes do help lead to impressively smooth and tasty results in the FTCC classroom kitchen.

As sung to the tune of “Whip It,” by Devo, “The Mayonnaise Song” is certain to stick in the minds of budding chefs like peanut butter on toast.

“Every time they hear this song, they’ll think of mayonnaise,” Dover said. “If it helps them, then I’m all for it.”

Hey, you would think of mayonnaise, too.

Give the yolk the slip.

Step on an egg.

When an egg yolk comes along, you must whip it.

Before your oil sits out too long, you must whip it.

When your arm has got too warm, you must whip it …”

Dover, a longtime musician with an impressive collection of bass guitars, decided that sharing his love of music might just help his students.

“I was trying to think of a way to help students retain information,” he said. “Everyone learns differently. I thought music might be a good way.”

Dover, a native of Cleveland, served 20 years in the Army. Along the way, he won a chili competition that set him on his way to eventually enrolling in the New England Culinary Institute in Vermont upon retirement.

“By the time I retired, I was into making sausages and bacon,” he said. “I was making fermented foods like sauerkraut, pâté and terrines.”

Dover has been at FTCC since 2014, and his students are serious about learning. Some want to start their own food trucks or catering businesses, while others hope to become teachers themselves. Jessica Hammers had a particularly noble cause for wanting to improve her skills. She cooks for the Lone Survivor Foundation, an organization that hosts veterans for weekend retreats.

“I like to do comfort food for them,” she said. “I’ll have a nice hot soup going. It smells like home.”

Serious career aspirations, certainly, but there are also light-hearted moments in the classroom for Dover’s students. While he played, they tried their hand at singing along to “The Mayonnaise Song.”

“You guys,” Dover said, “are no threat to The Mormon Tabernacle Choir.”