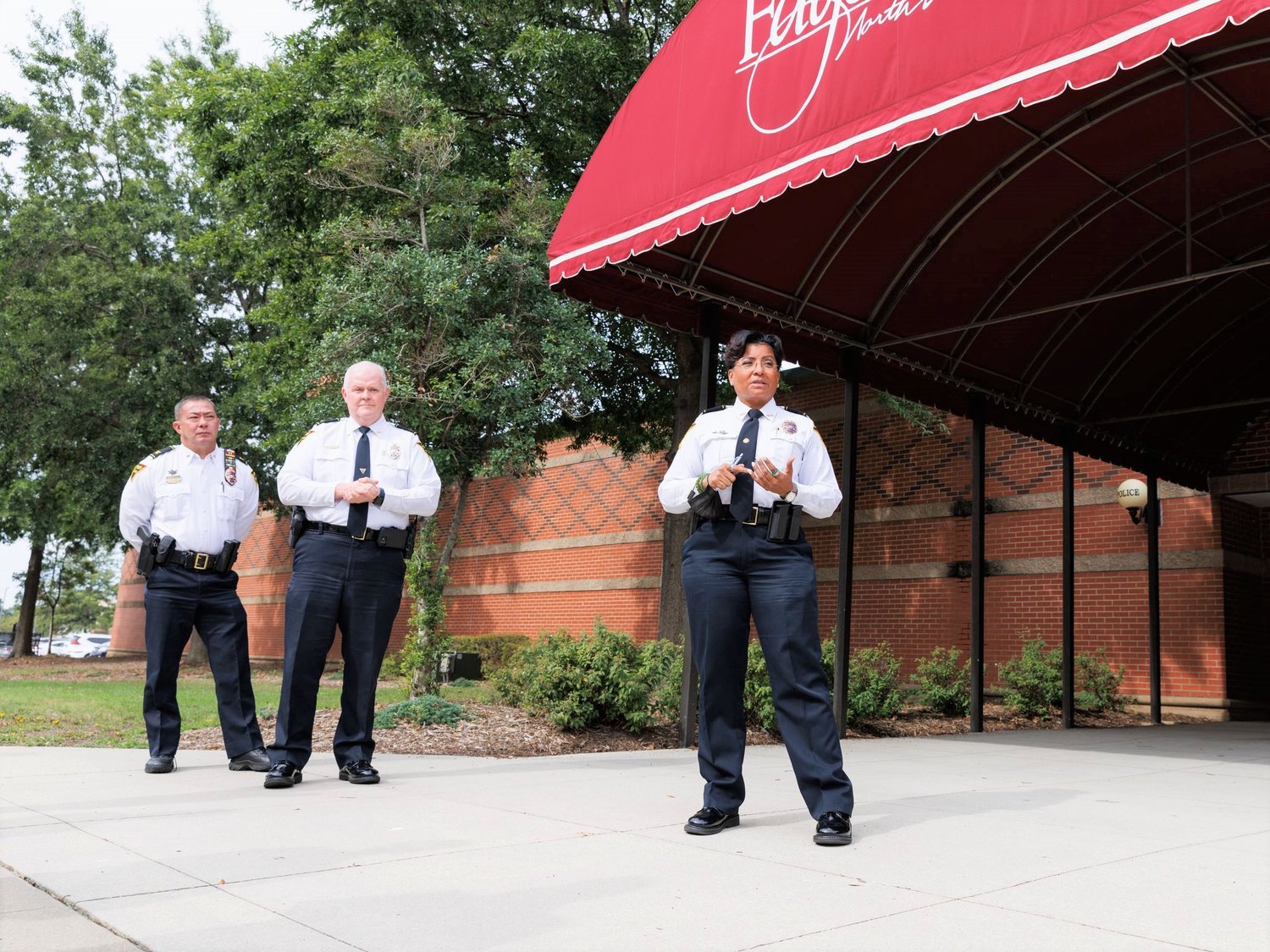 After more than 30 years in law enforcement, Police Chief Gina Hawkins announced in July that she will retire effective Jan. 17.

Hawkins, who is 54 and originally from Columbus, Ohio, is the first woman to serve as the permanent police chief in Fayetteville.

Hawkins joined the department as police chief in August 2017. She ranks among the longest-tenured chiefs in Fayetteville history.

City Manager Doug Hewett said this week that on the first or second of December, “several people will be asked to come in on-site, Thursday or Friday, to actually meet with us in person.”

The candidates have been evaluated by written assessment and background checks as well as in virtual and phone interviews, Hewett said. City officials have asked for supplemental information on some of them, he said.

He declined to say how many candidates are under consideration.

The job was advertised roughly 50 days ago.

“We had been doing interviews before we posted the position,” Hewett said.

Hewett said he would like to schedule a public forum and have candidates sit in the seats used by members of the City Council and field questions from the public.

Hewett said he is looking for a chief who has a commitment to Fayetteville.

“I’m looking for someone who has reason to be here, beyond the job, and to serve the community. They see that service as being in Fayetteville.

"I've always gotten it right with a chief,” he added. “… Everything has a season. Next season will require someone to help us move past COVID, with rejuvenating challenges, and continue the … accountability and professionalism of the Police Department over the last five years.”

Michael Futch covers Fayetteville and education for CityView. He can be reached at mfutch@cityviewnc.com .